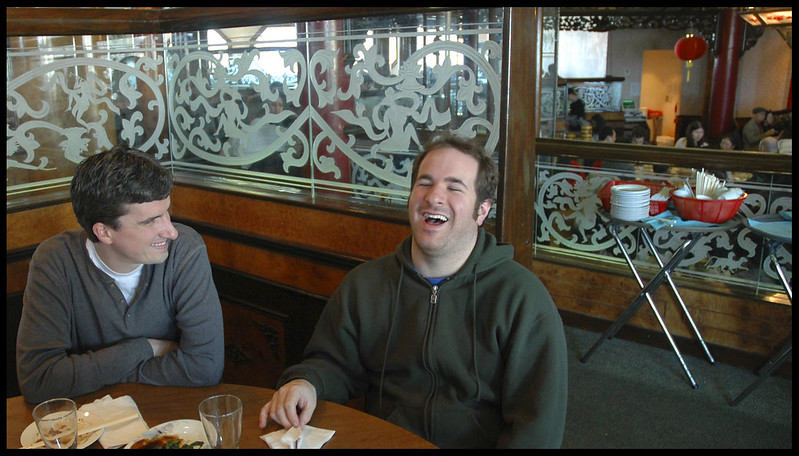 Kate brought me home a delicious miniature banana cream pie on Friday evening, foreshadowing the weekend. Saturday, John invited a bunch of local folks up for dinner and cooked things that he doesn’t make often – brussel sprouts with chestnuts and bacon, cumin cauliflower, popovers, roast chicken, barley-mushroom risotto, all favorites – followed by individual banana cream sundaes in martini glasses. Which, for the record, Holy Crap. Great conversations about how much math the non-engineers at the table retain, solar design, politics, and wedding rings (Kate and I are a little focused on them just now.)

Sunday morning we peeled ourselves out early and drove very quickly (thank god for my NASCAR fiancee) to China Pearl in Woburn where I’d called an impromptu dim sum get-together. 16 people (including Toby) showed up, and a good deal of sodium and fun was had by all. (As a sign of having picked well in the life-companion department, Kate and I were 15 minutes early. I was stunned at this, too.) 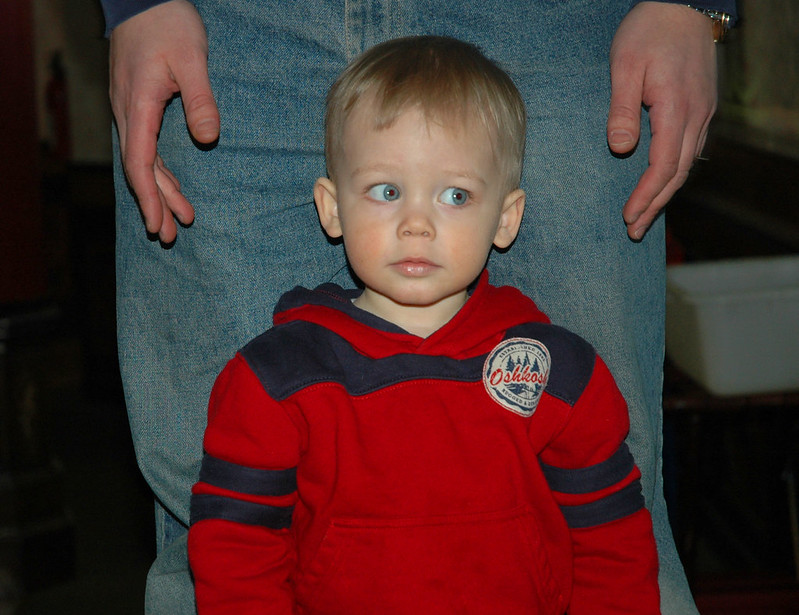 Spent the afternoon seeing Luke and Lindy-and-a-half, and then Josh and Jess and Toby in Westford, and then meandered up to Exeter, NH, to see my mom and grandmother. After some visiting there, Kate and I took my mom to go see Peter Mulvey one town over in Newmarket. Fun show, though I’m a little disappointed I didn’t record it better. Still learning the ways of this particular recorder.

Dinner there was a thin slice of roast salmon over a bird’s nest of crispy sweet potato microplane shavings – an excellent effect, though it’d be hard to do without a deep fryer. Then, to top things off, the kitchen 86’d the apple-cranberry crisp I wanted, so I ended up having … bananas in phyllo with icecream. Awesome.

Lumbered home (5 hours of driving, Sunday) and collapsed into bed, 32 years old and full of bananas.